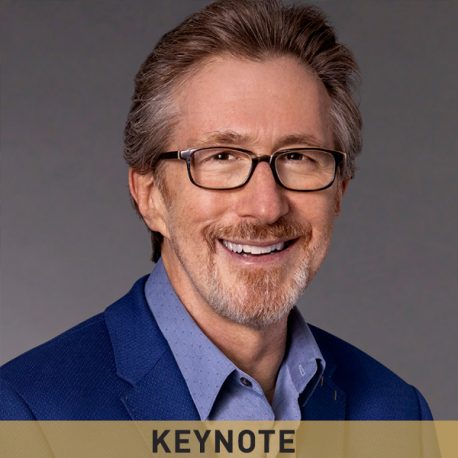 Don Katz is founder and Executive Chairman of Audible, Inc., the leading provider of premium digital spoken audio information and entertainment. Prior to founding Audible, Don was a journalist and author for twenty years; his work won a National Magazine Award, an Overseas Press Club Award, the Chicago Tribune Heartland Prize for Nonfiction, and was nominated for a National Book Critics Circle Award, among other prizes.

Founded in 1995 and headquartered In Newark, NJ since 2007, Audible serves millions of listeners and offers over 475,000 downloadable audiobooks, audio editions of periodicals, and other programs. The company, under Don’s leadership, commercialized the first digital audio player in 1997, four years before the introduction of the iPod. Audible is the supplier of audiobooks to Apple’s iTunes store worldwide and operates eight dedicated digital storefronts including audible.co.uk, audible.de, audible.fr, audible.com.au, audible.co.jp, audible.it, audible.ca, and audible.in. Audible was publicly traded on NASDAQ until acquired by Amazon in 2008 and is an Amazon.com, Inc. subsidiary.

Named one of NJ.com’s “25 Most Influential People in New Jersey” in 2016, Don was also recognized as one of America’s Top 25 Disruptive Leaders by Living Cities for his work on behalf of urban transformation in Newark. Don was the recipient of a Tribeca Disruptive Innovation Award in 2013. The story of Audible, a Business 2.0 magazine profile contends, is precisely the kind [Don] would have loved to write, complete with its big ideas about how an audacious writer turned businessman hopes to spearhead a literary revolution by reviving the ancient art of oral storytelling using modern technology. But [Don] himself is the story now.”

Don wrote The Big Store: Inside the Crisis and Revolution at Sears (1987), Home Fires: An Intimate Portrait of One Middle-Class Family in Postwar America (1992), and Just Do It: The Nike Spirit in the Corporate World (1994). Don also served as a contributing editor for Rolling Stone, Esquire, Outside, Sports Illustrated, Men’s Journal, and Worth. A two-volume collection of Don’s magazine stories, King of the Ferret Leggers and Other True Stories and Valley of the Fallen and Other Places, was published in 2001.

Don graduated in 1974 from New York University, where he studied with novelist Ralph Ellison; he attribute his fascination with audio to Ellison, who emphasized the role of oral and vernacular culture as a fundamental underpinning of American literature. Don also attended the University of Chicago, as well as the London School of Economics, from which he holds an MSc in Economics. He served as a member of the public library board in Montclair, New Jersey for nine years, and has served on the board of Uncommon Schools, a nonprofit organization that manages several of the most outstanding urban college preparatory charter schools in the Northeast, since the organization was founded in 1997. He also served as both a member and chairman of Newark’s economic development corporation, and he is the founder of Newark Venture Partners, an early-stage investment fund and ultra-bandwidth accelerator that seeks to connect Newark to the early-stage technology innovation economy. Don is married, the father of three children, and an avid ice hockey player.