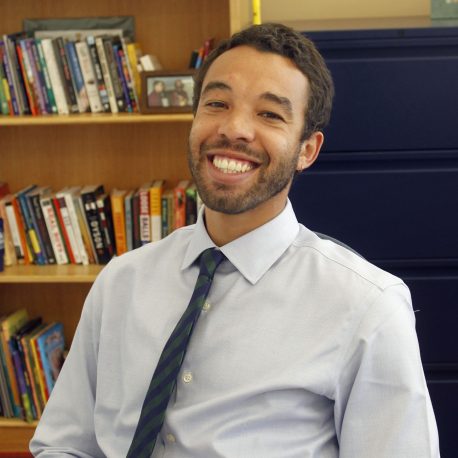 Jabali is founding Compass Director of nXu, a non-profit organization whose mission is to catalyze and equip youth and adults to explore, articulate, and pursue their purpose.

Prior to this Jabali served as the Senior Director of Inspire at Relay Graduate School of Education, an independent, nonprofit graduate school of education that focuses on training and supporting great teachers and leaders working in our nation’s high-needs public schools. Prior to joining Relay, Jabali served as a founding Instructional Designer at Zearn, a non-profit digital learning organization currently serving over 2,500,000 students across the country.

Jabali has extensive experience working in schools. He taught middle school science at Roxbury Preparatory Charter School, one of the highest performing urban charter schools in the state of Massachusetts. Jabali also served as the founding principal and Head of School of Excellence Boys Charter School, of Bedford Stuyvesant located in Brooklyn, NY. Excellence was the first single-sex public charter school in New York State.

Jabali currently sits on the advisory board for the Oprah Winfrey Leadership Academy located in South Africa, the Leadership Council of the Robin Hood Foundation based in New York City, and the National Board of Summer Search, a leadership development program focused on low income youth, and the Board of Uncommon Schools in New York City.

Jabali is a graduate of Oberlin College where he received a dual degree in Biology and Philosophy. Jabali is a KIPP Leadership Fellow and received his Master’s Degree in Educational Administration from Teachers College, Columbia University.