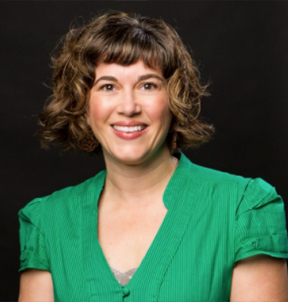 Paige is CEO of One Million Degrees (OMD), an organization dedicated to supporting and accelerating low-income community college students along their pathways to upwardly mobile careers. In the last six years at OMD, Paige has led the organization through a period of dramatic growth, increasing the number of scholars served each year by 8x. She has also launched partnerships to support a growing number of apprentices – young people working and attending community college at the same time – with several major employers in Chicago.

While at CPS, Paige designed and led initiatives to systematically drive up the number of freshmen on track to graduate by developing early warning indicators and disseminating promising practices for high schools to better support freshmen during this “make or break” year. Paige has experience in for-profit education having worked for The Grow Network and McGraw-Hill in product development, professional development, and client services capacities. She began her career as a Princeton Project 55 Fellow at Holy Cross School in the South Bronx, NY.

Paige graduated from Princeton University in 1996 with a degree from the Woodrow Wilson School of Public and International Affairs. She earned an MBA from Kellogg School of Management at Northwestern University in 2002.

Paige was recently appointed to the Illinois Community College Board and is a 2019 Fellow with Leadership Greater Chicago. She serves on the Steering Committee of the Consortium on Chicago School Research at the University of Chicago, the Advisory Council for the Urban Education Institute’s To&Through Project, the Advisory Council of National Louis University’s Harrison Professional Pathways Program, and the Advisory Committee for the Illinois Postsecondary Education Report Card. She is a member of the Economic Club of Chicago.

Paige lives in Andersonville with her husband, their three not-so-little boys, and Wallace, the dog.